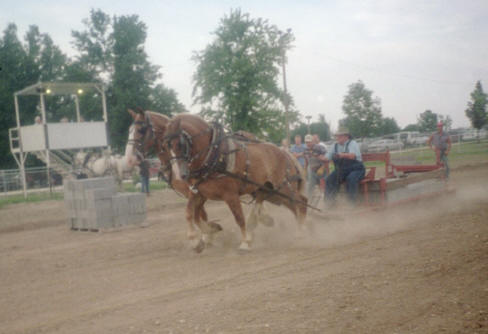 Winston Simpson hails from Clarence Missouri. He took up pulling his team of Belgians just this year and competes in farm pulls in both his home state of Missouri and also in Illinois. Winston is a farmer and seed dealer who claims to not have a favorite pull to compete at. He enjoys them all equally. He lives for each pull. Each time he competes he is as excited as a kid on Christmas morning. Winston never dreamed he’d get so wrapped up in horsepulling but a man he hired to work for him introduced him to the sport and he has been hooked ever since. He has finally found a hobby he really enjoys.