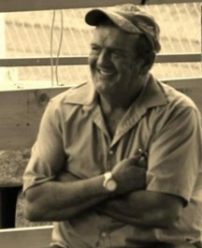 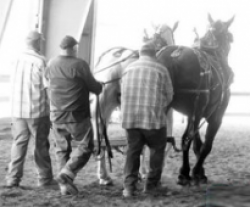 Peter David Borden Steeves, of Turtle Creek, passed away at The Moncton Hospital on Monday, November 28, 2022 surrounded by loving family. Born in Shenstone, he was the son of Lewis and Anna-Joyce (Steeves) Murray, and he was raised by his late grandparents Grace and Ernest Steeves whom he loved very much.

Peter spent his younger years driving cars fast through Shenstone and Hillsborough and going to dances, which he loved to do! He spent many years working horses and in the woods with his late father-in-law, Eric Weir. It was then that the love of horse pulling began!

Peter worked for Hub Meat Packers Ltd. for many years before his retirement. A large part of his life was his involvement with horses, he could often be found at horse shows cheering on his and other kids or helping out where needed, horse pulls which he loved to do with his sons and later on grandchildren who also love horse pulling, for many years Peter gave sleigh rides throughout the winter and loved to see and meet everyone that came. Peter was also part of 4-H for many years and opened his home as a foster home also. Peter enjoyed many years of football games near and far with his son Tony. He loved to play Crokinole and other card games.

He will always be remembered for his smile and witty remarks!

Special thank you to the Oncology Dr’s and staff on 4200 at The Moncton Hospital and the homecare staff that also contributed to his care.

A Celebration of Life will be held at the funeral home on Friday, December 30, 2022 from 12:00 to 2:00 pm. A reception will be held later that day at Havelock Memorial Hall, 11 Cross Street Havelock at 4:00 pm. Arrangements are entrusted to Cobb’s Funeral Home and Cremation Center, 330 Whitepine Rd. Riverview (869-2007).  In lieu of flowers, donations in Peter’s memory may be made to the Canadian Cancer Society.